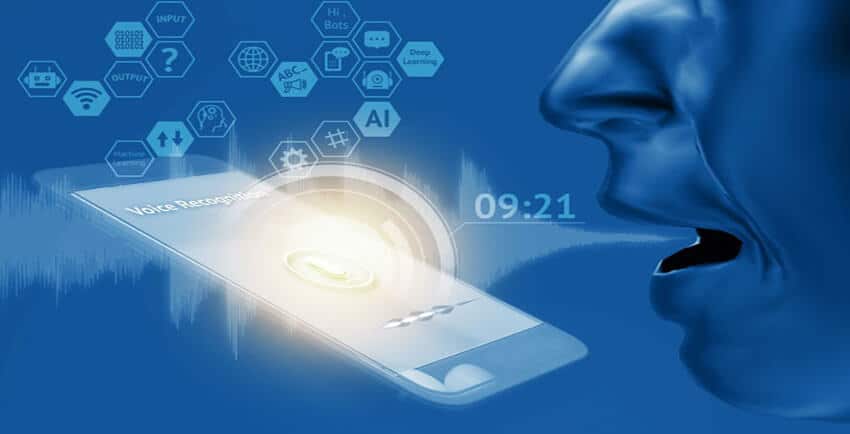 Speech Recognition and Its Applications

In May 2018, Google announced in its I/O developers conference the Google Duplex. This technology with the help of AI-driven voice can set appointments with business very easily.

The interesting thing is that this mission is done without any interaction with the user. The service looked like a real human calling a center to set an appointment with a very natural interaction that seems realistic. That takes speech recognition a step further.

According to “TechTarget”, speech recognition is the ability of a machine or a program to identify words and phrases in a spoken language and convert them to a machine-readable format.

Simply, speech recognition is one of the AI applications. It’s like the ability of listening to some person and identifying words, and phrases then converting them to sentences that helps you understand the meaning of them.

The 5 Components of speech recognition

It’s simply a microphone to capture the voice of the human and convert its sound wave signal to an electrical signal and Analog to Digital converter to digitize the analog signal to discrete data that the computer can understand.

It works on the raw speech signal and processes it to restore only the needed information from it.

It acts like a storage for the preprocessed speech keeping it for further tasks.

It consists of predefined speech patterns or templates to be used as a reference to match with.

It compares the unknown signal of the speech with the reference speech pattern to determine the words and their meanings.

In today’s world, there’re a lot of applications that include a speech recognition system. This part can be used in a variety of applications doing different tasks. So, here is a small list of these applications:

It’s an AI-powered assistant that takes an advantage of speech recognition and takes it to another level by humanizing it to the point that makes their customers satisfied.

– search for a movie

Microsoft soon launched Cortana for Windows to compete with Siri. Cortana take advantage of Windows system to do some useful tasks like:

– opening apps on your computer

Alexa is a voice assistant provided by Amazon, and it comes installed in Amazon Echo smart home devices. The cool thing is that Alexa can help control your smart home even if you’re far away. It can helps you to do a lot of other tasks like:

– sending a virtual hug to your beloved ones

And you can find more of what Alexa can do.

Google’s assistant is considered a competitor to Apple’s Siri in the Android devices. It can also control your smart home like Alexa and some interesting tasks like mentioned in the article by making appointments seamlessly.

Speech recognition is only a single part in a lot of systems. In the future it can be integrated to do more complicated tasks like asking your smart car to drive you to some place or even doing some housework by calling the supermarket to deliver the materials you need.